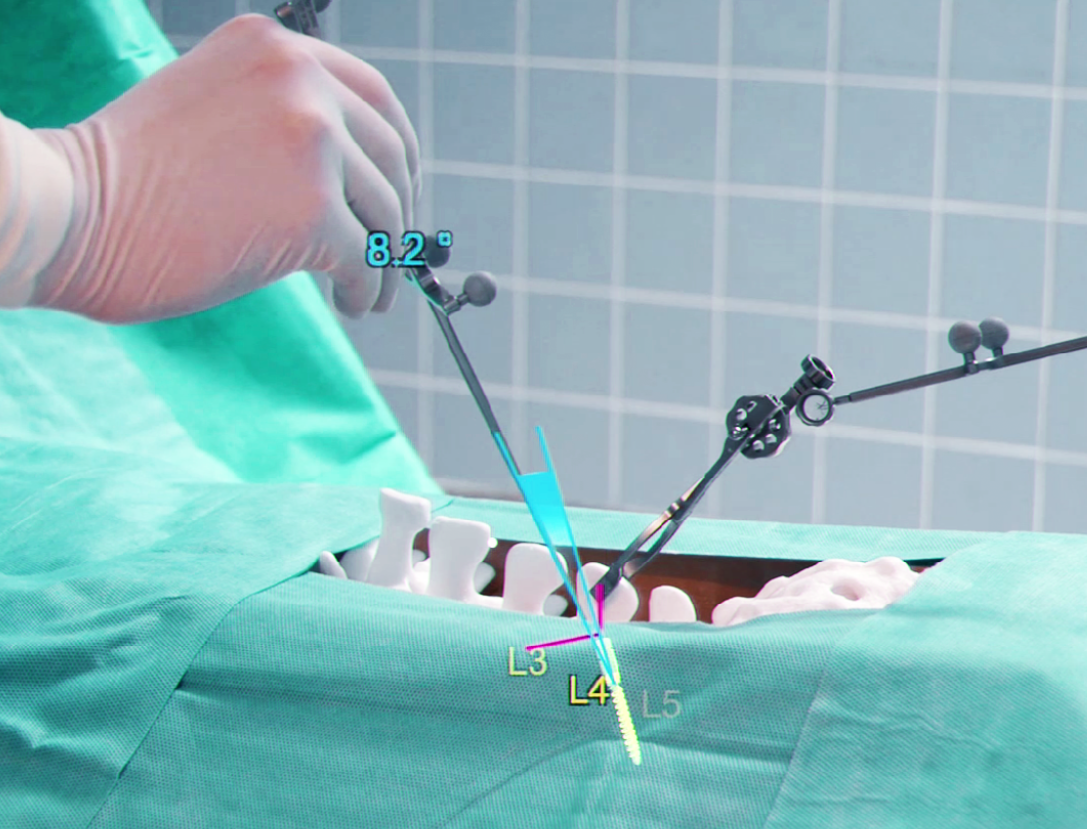 Microsoft HoloLens may find its way into operating rooms of the future, as medical technology firm Scopis has created the first mixed-reality interface for surgeons on the high-powered augmented reality headset.

Designed primarily for open and minimally invasive spinal surgery, Scopis’ AR-powered tech claims to improve the accuracy and speed of surgeons wearing the HoloLens by showing precise angles and positions of equipment.

The company claims that its system can use 3D tracking with the HoloLens to help accurately find spinal screw positions faster during surgery. The system also allows the medical team to place virtual monitors above the surgery space, giving the surgeon a hands-free way to refer to charts and images while operating. Scopis also employs the HoloLens’ familiar finger gestures (which look like you’re pinching the air) to allow the surgeon to control the AR content.

Since the HoloLens was introduced, Microsoft has pitched it as both a gaming peripheral and a practical assistant in the workplace. Professionals have already started using its augmented reality tech to help out, from building engineers donning it to visualize structural blueprints or Duke surgeons testing it during brain operations.

Augmented reality is actually considered a pretty obvious fit for surgeons, because it offers a hands-free and seamless way to access digital information while performing delicate operations, even via something as limited as Google Glass. HoloLens has the added benefit of projecting images that seem to exist in physical space as well. It’s interesting to note, however, that the system doesn’t totally rely on Microsoft’s internal tracking sensors. You can see little constellations of rigid-body markers on the headset and tools, offering a greater guarantee of precise tracking — which, I assume, is particularly important when you’re operating on someone’s spine.

Obviously, improving accuracy with Scopis’ 3D-positioning tech would likely reduce surgery time and invasive depth. But using visual overlay technology would also cut down on the radiation exposure that comes with the current spine-envisioning method of fluoroscopy. As we noted in the Duke tests, wearing the wireless HoloLens headset is far less cumbersome than prior mixed reality setups. But a private company betting on Microsoft’s AR system is another step toward integrating the tech into professional use.