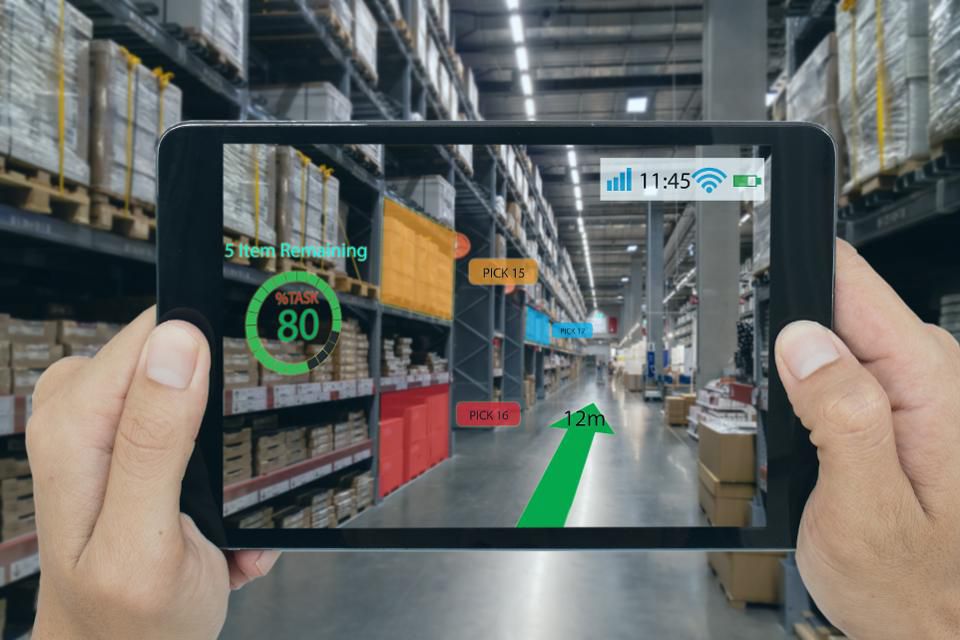 Augmented reality is one of the most exciting technologies that made its way into the mass market in recent years. What can it do for your business?

Unlike virtual reality that creates a fully virtual environment around a user, augmented reality integrates virtual objects into existing surroundings. This makes it more interactive and real.

Another great thing about AR is that you only need your smartphone to enjoy it – you won’t need bulky and expensive VR headsets. This means, that AR has greater chances to become more widespread. That’s why many startups are looking towards using augmented reality for business.

AR bridges the gap and creates opportunities for businesses to reach their target audience in real-time.

This means customers can experience your products or services as they are meant to be.

In the retail sector, savvy brands are using AR as a powerful form of marketing to connect with their consumers meaningfully and creatively. This new form of marketing is not only effective but it is also budget-friendly as compared to traditional forms of marketing.

Use cases for AR abound, but here are three that we consider among the top ways businesses are already using AR to give you a taste of what’s possible.

Any smartphone or tablet can be an AR platform to create a shopping environment for customers, whether that’s within the traditional brick-and-mortar or online store.

Lacoste, for example, created the LCST Lacoste AR mobile app that customers could use to virtually try on shoes. The app also created AR experiences with window displays, in-store signage, and promotional postcards.

With this technology, the apparel retailer aimed to engage a younger audience. The app promoted the LCST shoe model, “the urban-savvy younger brother of Lacoste.” And the investment paid off: More than 30,000 users engaged with 3D products while using the app. They quite literally put the shopping experience in the customers’ hands.

Introducing AR to industrial markets will likely change how many jobs are performed. Technicians in the field will be able to receive live support from remote staff, who can indicate markings, point out issues, superimpose models over items like vehicle engines and the like, and more.

It removes the grunt and the guesswork from manual work and streamlines processes.

NASA, for example, used Microsoft’s HoloLens to aid in constructing its new spacecraft, using mixed reality applications to remove the need for manuals and complex instructions.

In the headset, the workers can see holograms displaying models that are created through engineering design software from Scope AR. Models of parts and labels are overlaid on already assembled pieces of spacecraft.

Information like torquing instructions—how to twist things—can be displayed right on top of the holes to which they are relevant, and workers can see what the finished product will look like.

Using a smartphone or tablet, consumers get how-to information for repairs, maintenance and vehicle features. The app contains how-to videos, 3D overlay images that appear when users scan various areas of their vehicle (like the engine bay) and dozens of informational guides. Hyundai expanded the AR owner’s manual program in 2016.