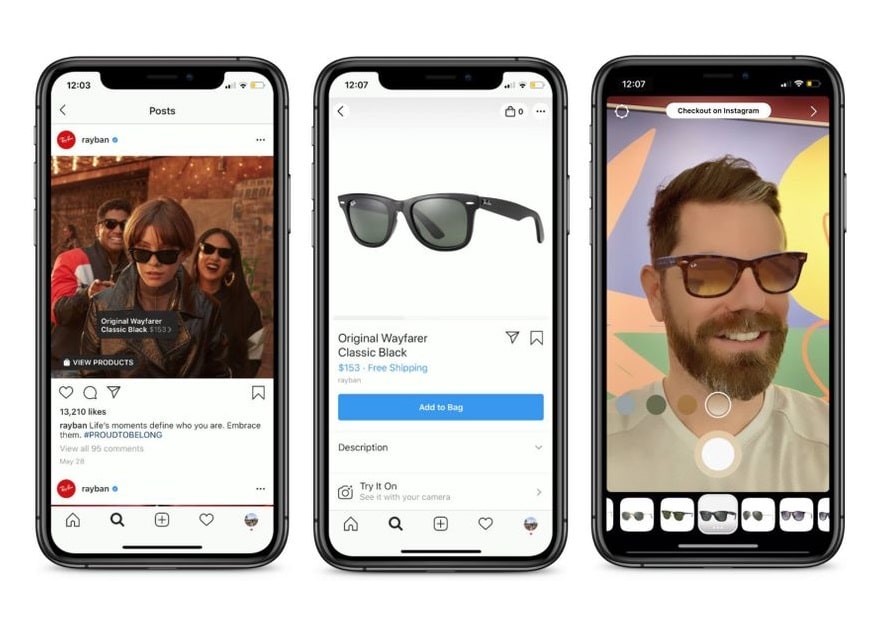 Let’s take a look at what’s been happening in the Augmented Reality space for September 2019.

Facebook says it will build AR glasses and map the world

Facebook has confirmed (yet again) that it’s building augmented reality glasses, and it announced a project called “Live Maps” that will create 3D maps of the world. At the Oculus Connect developer conference last week, Facebook augmented and virtual reality head Andrew Bosworth said the company had “a few” prototypes of AR glasses, although he didn’t offer details about them.

The glasses were first mentioned in 2016, but later Facebook said they were five to 10 years off. Earlier this year Facebook laid out more details about how it would incorporate brain-reading in the future spectacles.

Based on the LiveMaps sneak peek, the AR glasses would also do more mundane things like project calendar events and reminders in front of you as you run out the door or show you detailed information about a bird you see while on a walk.

As part of its ongoing commerce push, Facebook now allows you to use its Spark AR platform to digitally try on items you can purchase through Instagram.

Instagram confirmed in an email that it has launched a pilot where you’re able to check out eyewear from Ray-Ban and Warby Parker, in addition to cosmetics from MAC and NARS. The functionality is accessible directly from feed posts, as well as shop pages and stories.

Tilt Five is picking up where CastAR, the augmented reality startup that shutdown in 2017, left off. And now Tilt Five, run by CastAR cofounder Jeri Ellsworth, is launching a new Kickstarter crowdfunding campaign for a new set of AR goggles for tabletop board games.

The Tilt Five system, which runs off Windows or Android devices, like phones, tablets and laptops, is made up of a few main pieces – a game board, AR glasses and a wand controller. The idea is that when looking at the board through the glasses, players will see the game animated as 3D holograms on the table in front of them. The wand can be used to interact with the games.