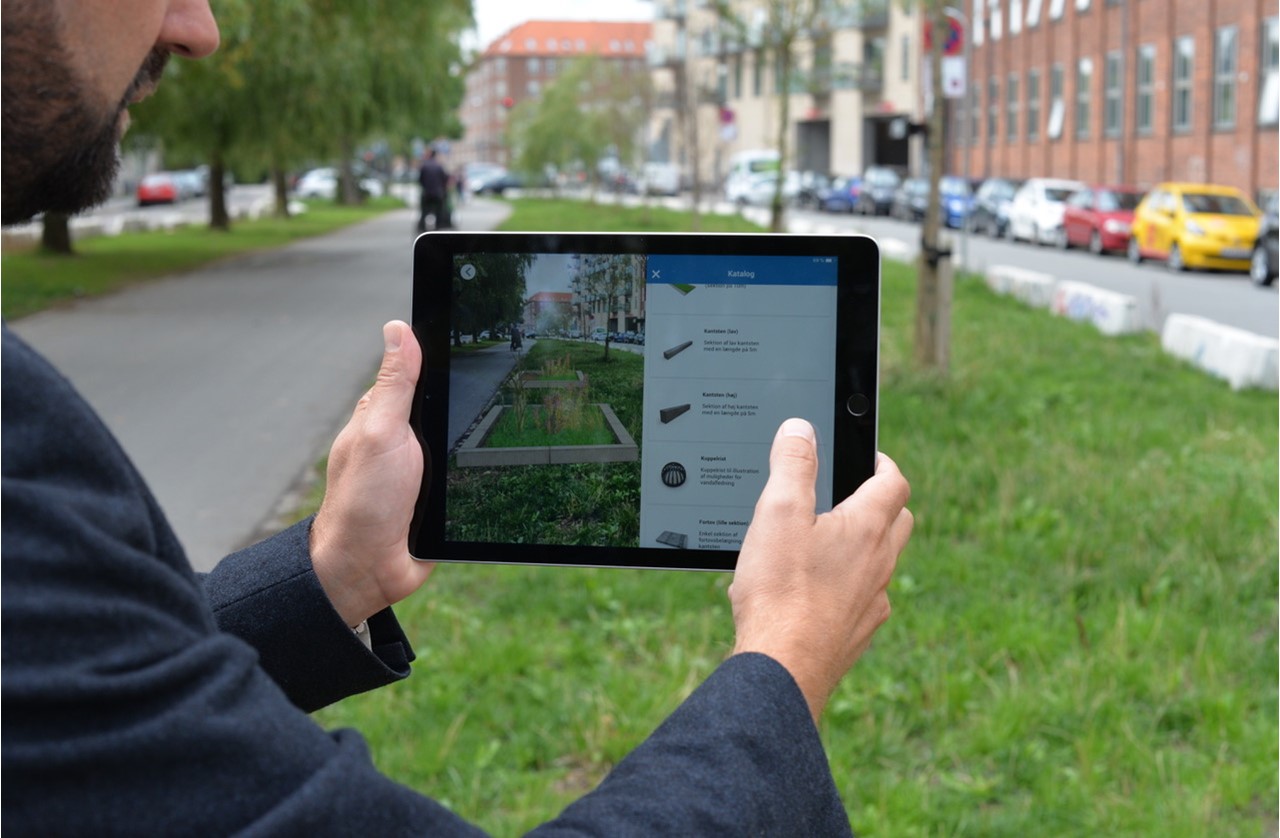 While Pokémon Go has helped to bring augmented reality to everyday life, many researchers are using similar technology to teach us about climate change.

In 2015, Justin Brice Guariglia, a New York-based visual artist, began collaborating with NASA scientists on the polar survey flights they were conducting as part of Operation IceBridge, an endeavor that sought to image the Arctic to better understand how it was being affected by the global climate system.

Two years later, in collaboration with the award-winning studios Strange Flavour and secondverse, Guariglia created After Ice, an augmented reality application that visualizes for users how high sea levels will rise by 2080 given their iPhone’s geolocation.

The app also lets users take a selfie to capture a personalized picture of the climate change scenario of the future they have experienced.

The aim of Guariglia’s project was to make climate change—a subject that often seems theoretical and remote—visceral and tangible. Released just before Earth Day on April 22, 2017, it received 13 million impressions in its first week.

The app is a bit gimmicky, but the message is serious and terrifying – take a look at what NYC’s Wall Street could look like in 60 years:

Adding to the AR fervour, Neste Corporation recently released an augmented reality gaming platform called EduCycle that is aimed at teaching teenagers how they impact their environment. Their tagline is: “If the environment was a game, would we win?”

Check out the video below by Neste’s YouTube channel that gives a little promo about EduCycle:

In the augmented reality game, players receive towns that they are in charge of and have to sustain. They are shown the impact of their choices when it comes to food, energy, transportation…etc. The impacts are in relation to Carbon Dioxide‘s global emissions.

The game teaches about how we can reduce our carbon footprints.

It brings awareness about Climate Change issues but it also provides solutions for the students so that they can be hopeful for a change.

The bigger goal of the game is to stimulate the thinking of the players in hopes of interesting them to want to live in a green and sustainable world.