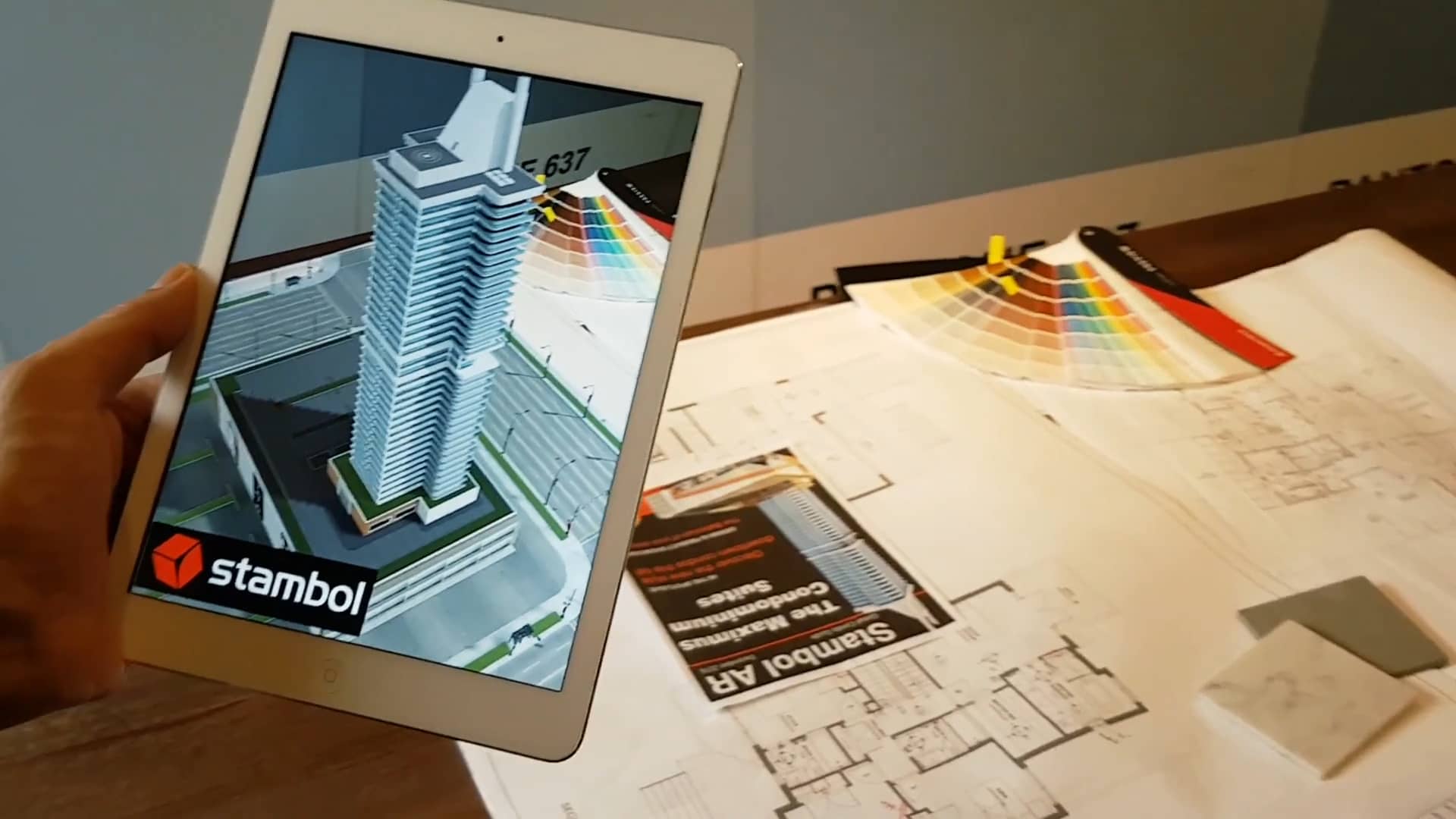 Augmented reality has found its way into yet another industry by providing a far more accurate view of what will be built.

Trying to explain a new design to a client can be tough. Most architects have transitioned from creating solely 2D plans to creating 3D models of their designs.

This works perfectly in alignment with augmented reality as now these models can be used to their full potential.

AR has been used in video gaming and media entertainment for a much longer period of time to show a real image interacting with one created from computer graphics.

Its utilisation matured in the architecture and construction industries when contractors such as Seattle’s BNBuilders began using it to show clients proposed designs in the context of existing conditions using Apple iPads and other mobile devices on a construction site.

SmartReality from JBknowledge, a technology company previously known for bringing subcontractors and jobs together, is a mobile AR app available on a per-project basis.

It can place a 3D model in context, viewable on an iOS or Android device, whether on a 2D set of plans, in front of an actual site, or even on an image of your project’s site. Users focus on a given design or plan file with the camera on their mobile device; the app then recognises the design, and the screen overlays a virtual model of what the project will look like upon completion.

Anyone can see a Revit model in context (Revit drawings have to be imported into a different format to be recognized), in a full, 360-degree view.

The biggest benefit of using augmented reality is that it gives the client a sense of scale that isn’t possible on a computer monitor.

When using AR, the client is able to stand inside the building at full scale. They can look up and see how high the ceiling is. They can look left and right and get a feeling for how big a room is.

For architects that are trying to illustrate a sense of flow through a building, AR is the perfect technology to do this. Then the architect can add furniture to the model to add an even greater sense of scale.

The client can physically walk around the furniture and get a feeling for how big the space is.

So this is great, but what’s the benefit?

This is the ultimate customer experience for a tiny cost.

Never before have you been able to give a client a tour of their building, on their site before its built.