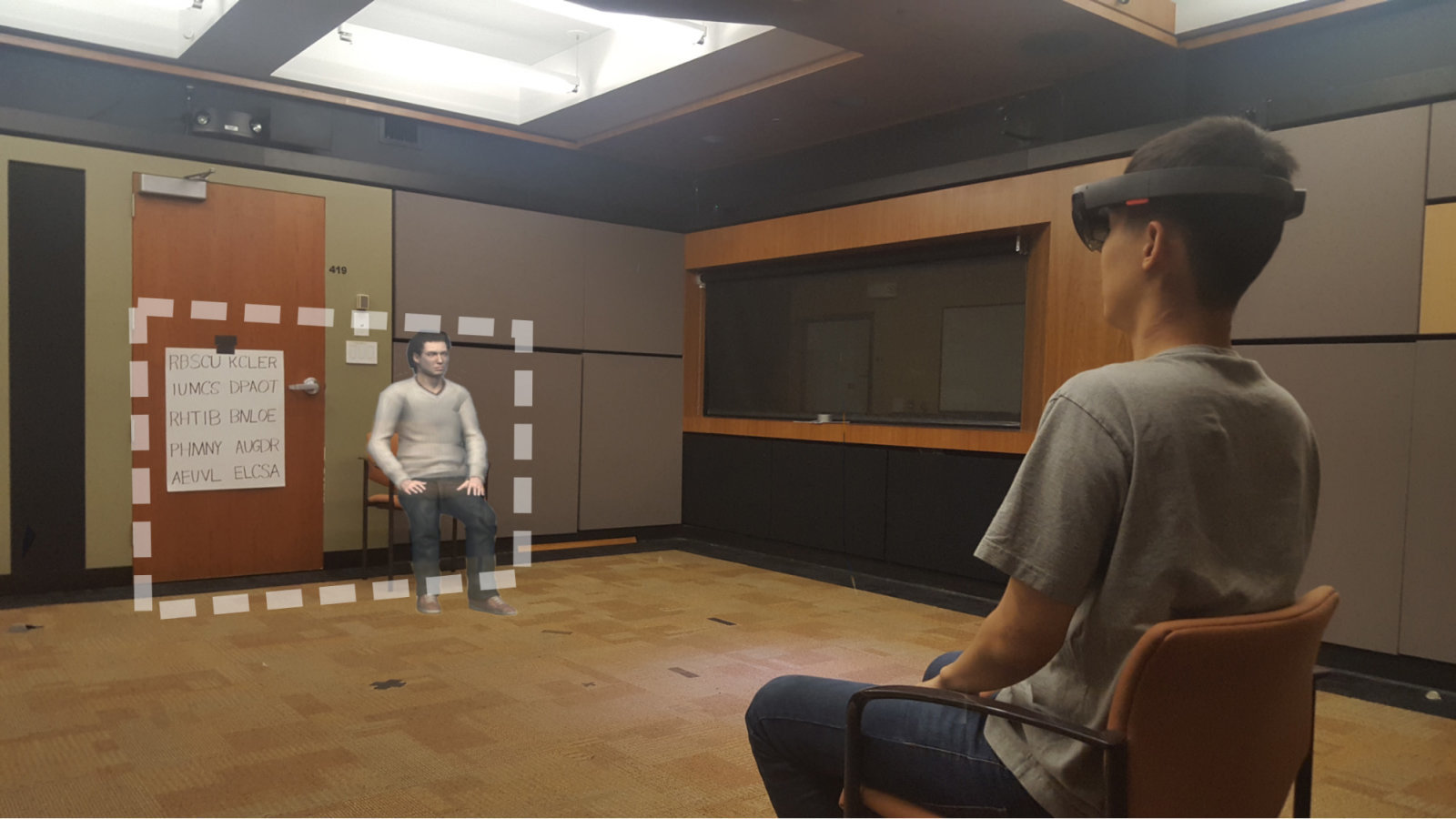 As major technology firms race to roll out augmented reality products, Stanford researchers are learning how it affects people’s behaviour – in both the physical world and a digitally enhanced one.

A new study from Stanford’s School of Humanities and Sciences has found that augmented reality (AR) experiences significantly affect people’s behaviour in the real world, even after they’ve taken the headset off.

The first showed a realistic 3D person called Chris sitting on a real chair in the room (AR layers digital images over the physical world, rather than creating a whole new world like VR).

Participants had to complete anagram tasks while Chris watched, and as with the presence of a real person in the room, his presence meant they found hard puzzles more difficult than without ‘someone’ watching them.

The second experiment looked at whether participants would sit in the chair previously occupied by Chris.

Even though he was no longer there, none of the participants still wearing the AR headset sat in that chair.

Without the headset, 72% still avoided Chris’s chair and sat in the one next to it instead.

“We’ve discovered that using augmented reality technology can change where you walk, how you turn your head, how well you do on tasks, and how you connect socially with other physical people in the room,” said Bailenson, who co-authored the paper with graduate students Mark Roman Miller, Hanseul Jun and Fernanda Herrera, who are the lead authors.

“AR could help the climate change crisis by allowing realistic virtual meetings, which would avoid the need for gas to commute or flying to meetings in person,” Bailenson said.

“And this research can help bring attention to the possible social consequences of AR use at a large scale, so the technology can be designed to avoid these issues before becoming ubiquitous.”

Their findings mirror much of the research Bailenson has done on virtual reality (VR). While VR attempts to simulate a real-life environment and take the user out of the present setting, AR technology layers digital information atop the user’s physical surroundings.

“This paper scratches the surface of the social-psychological costs and benefits of AR use, but much research is needed to understand the effects of this technology as it scales.”